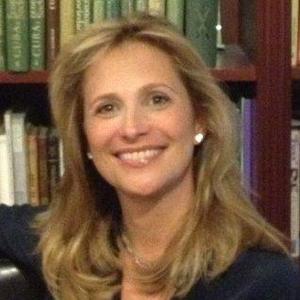 Amelie Ferro has joined Cristo Rey's founding leadership team as Director of the Corporate Work-Study Program. She brings with her over 25 years' of experience identifying business opportunities and building long-term corporate relationships.

Amelie began her career at The Walt Disney Company. In 1998, she was recruited by Yahoo for the launch of their Spanish language sites in Argentina, Brazil, Mexico, and the United States. Afterward, Amelie joined an international media sales company to launch its venture into the US Hispanic market and, in 2007, became CEO of the company's entire existing business in the Americas.

Born in Boston, Massachusetts, Ferro earned her Bachelor's degree in Psychology and her Master's degree in Organization Business Leadership. Amelie resides in Miami with her husband, Manny, and her three children: Manny Jr., Mike, and Lui.